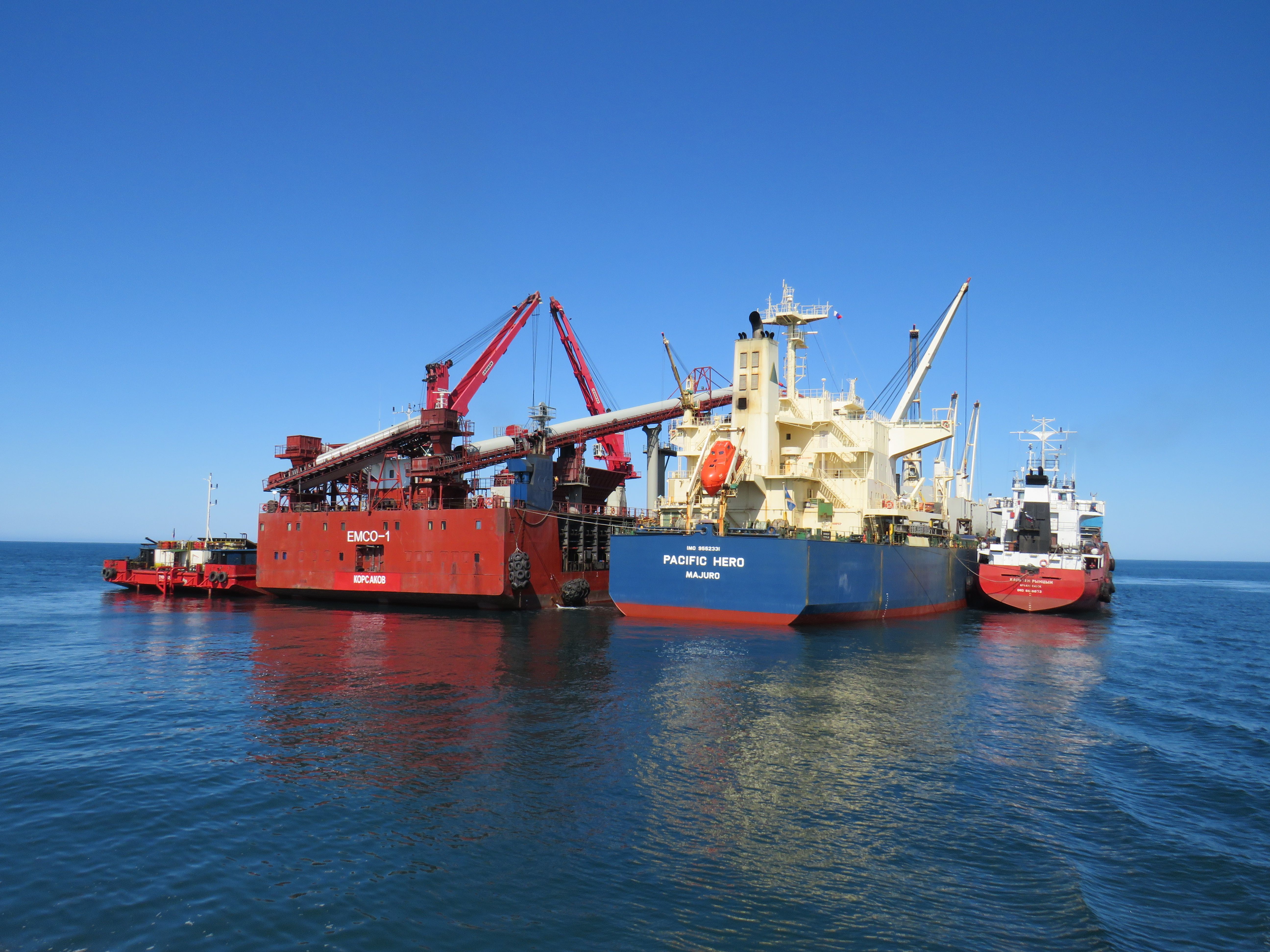 Operations under the joint-venture began in April 2019, when Rocktree deployed the multi-purpose supramax vessel RT Genova and the self-propelled floating terminal EMCO-1. RT Genova loaded Sakhalin’s first-ever capesize vessel with cargo from the Port of Shakhtersk, in May 2019.

“It was a milestone year, largely resultant of the success of the JV and the new consulting arm, which allowed us and our clients to expand into new geographical and commodity markets,” said Rocktree CEO, Daniele Pratolongo.

Speaking from Singapore, Daniel Miller, Head of Business Development, said the success of the JV’s first-year operations has exceeded expectations.

“Prior to the joint venture, EMCO was largely limited to loading cargoes onto supramax vessels and a few panamax vessels, but we can now load onto larger tonnage vessels: post-panamax and capesize thus reducing the transportation costs to end users.

“This capability has opened up new markets and extended the loading season. We can get bigger ships in to transport larger volumes at lower cost to a greater geographical area.” 2019 also saw Rocktree increase its activities in other commodities, such as bauxite and iron ore – a move strengthened by the formation of Rocktree Consulting, which in November completed the front-end engineering and design (FEED) for a new floating terminal for the Bauxite Hills Mine, operated by Australia’s Metro Mining Limited.

Since 2009, when Rocktree began operations with one transshipment vessel, the 40,000tpd Zeus, the company has more than doubled its workforce and expanded its fleet. Rocktree now operates six floating terminals and multi-purpose vessels, 14 tug and barge sets, two harbour tugs, and four self-propelled barges, contributing to the company loading in excess of 180 million tonnes of dry bulk cargo onto more than 2,500 bulk carriers of varying size over the course of the past decade. Rocktree is also marketing additional opportunities for RT Genova and sister vessel, RT Leo, to expand their scope of operations. “

There are capabilities and benefits that these vessels provide beyond transshipment that customers need to see,” said Trevor Larbey, Rocktree’s Head of Commercial and Operations. “They can operate in both transshipment and distribution trades due to the unique ability to self-load and self-discharge at high speeds, greater than conventionally geared supramax vessels.”

Combined with the ability to discharge directly to a single hopper, conveyors, barges, wharves or stockpiles, cargoes can be moved at speeds of over 3,000 tonnes per hour through a single discharge outlet, without having to shift alongside. This increases the efficiency of discharge, lowers berth utilisation, can eliminate stevedoring charges and provide an environmentally sound solution for high turn-around distribution trades and higher operational efficiency.